Chevrolet first used the "bowtie emblem" logo in 1914 on the H series models (Royal Mail and Baby Grand) and The L Series Model (Light Six). It may have been designed from wallpaper Durant once saw in a French hotel room. More recent research by historian Ken Kaufmann presents a case that the logo is based on a logo of the "Coalettes" coal company. An example of this logo as it appeared in an advertisement for Coalettes appeared in the Atlanta Constitution on November 12, 1911. 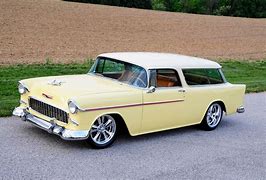